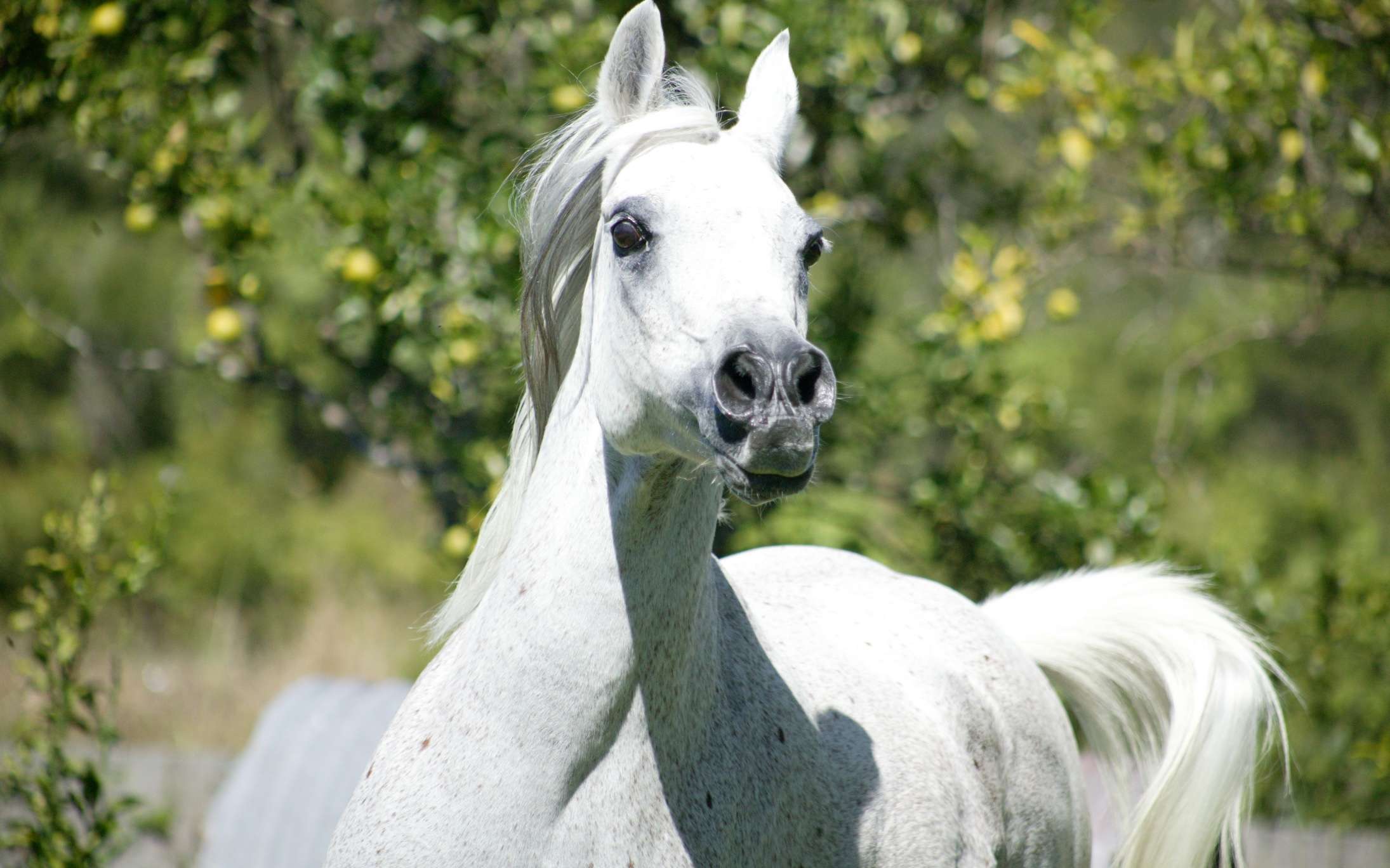 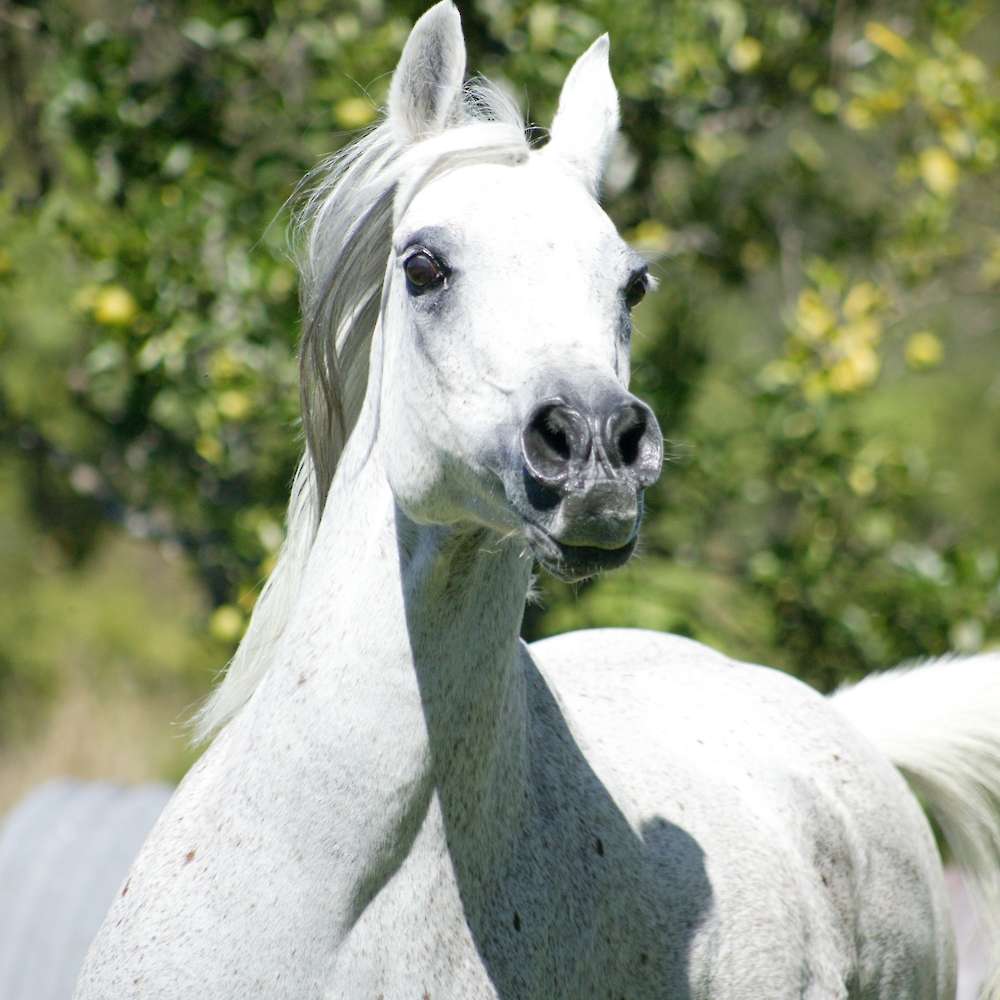 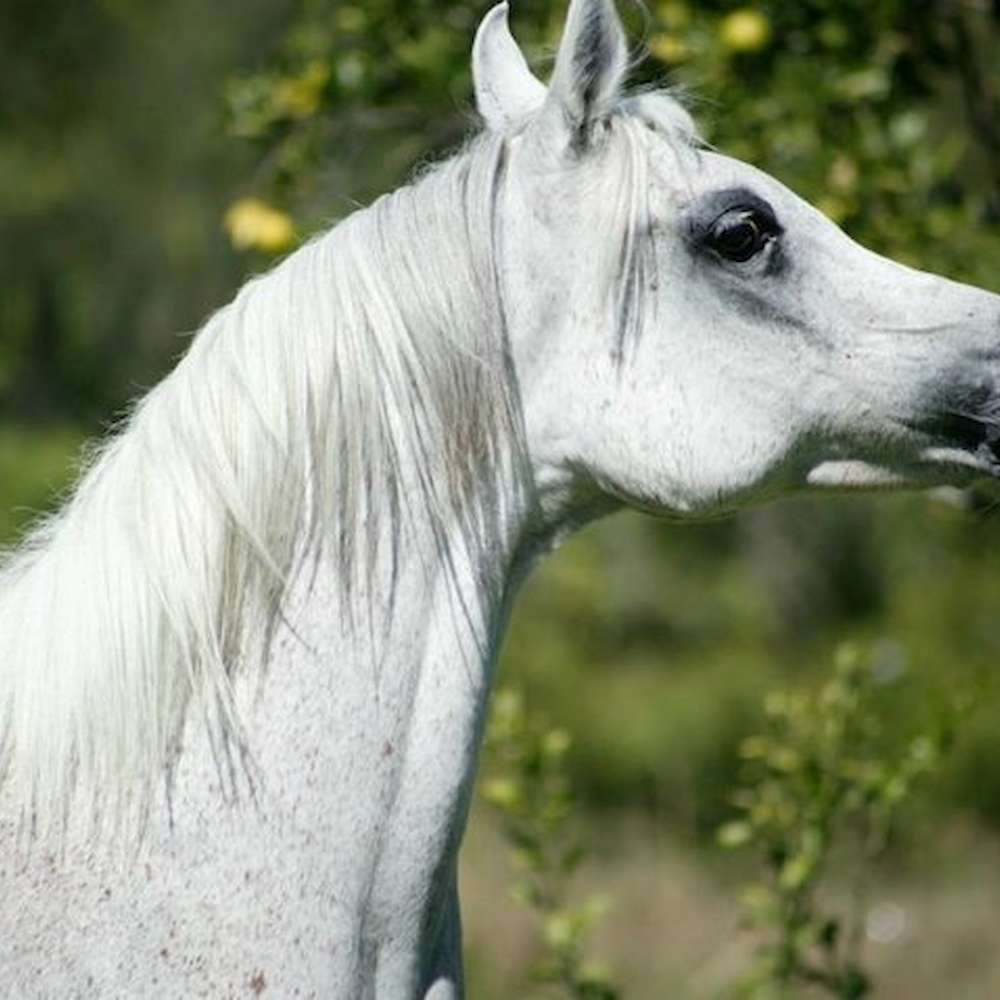 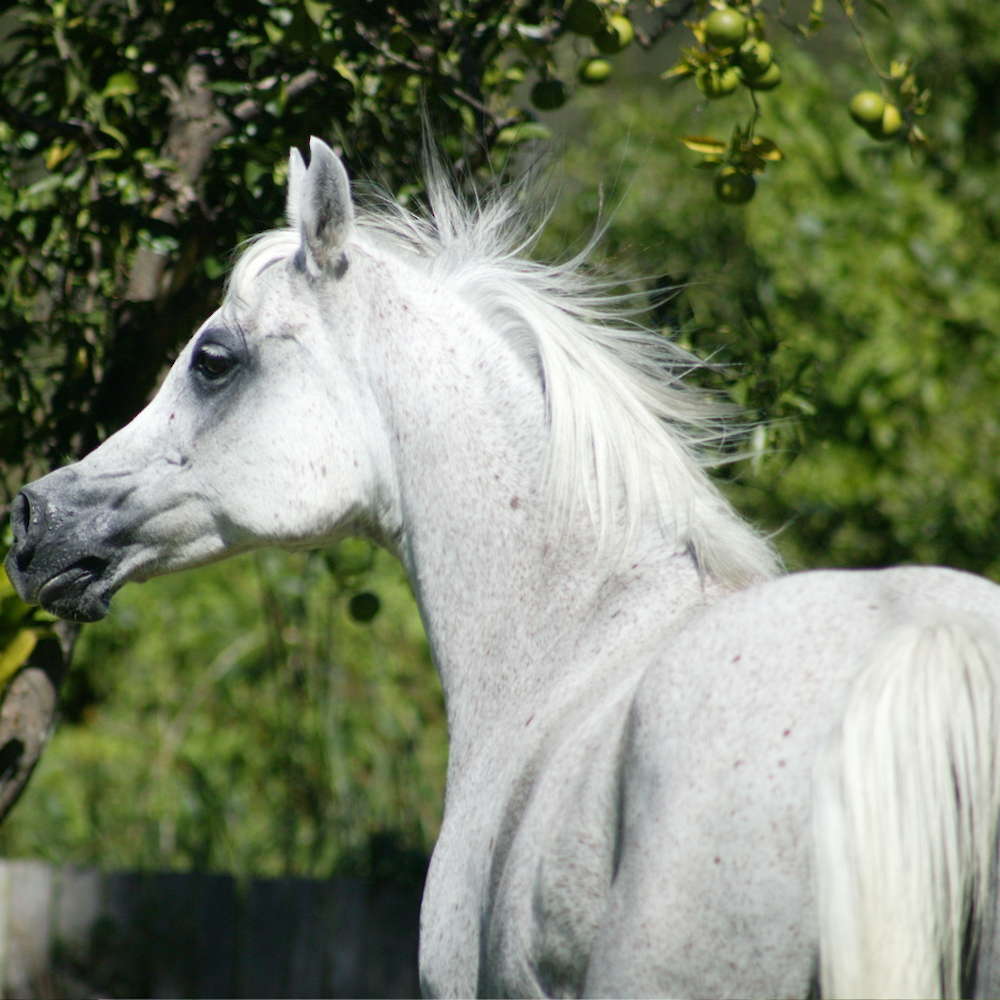 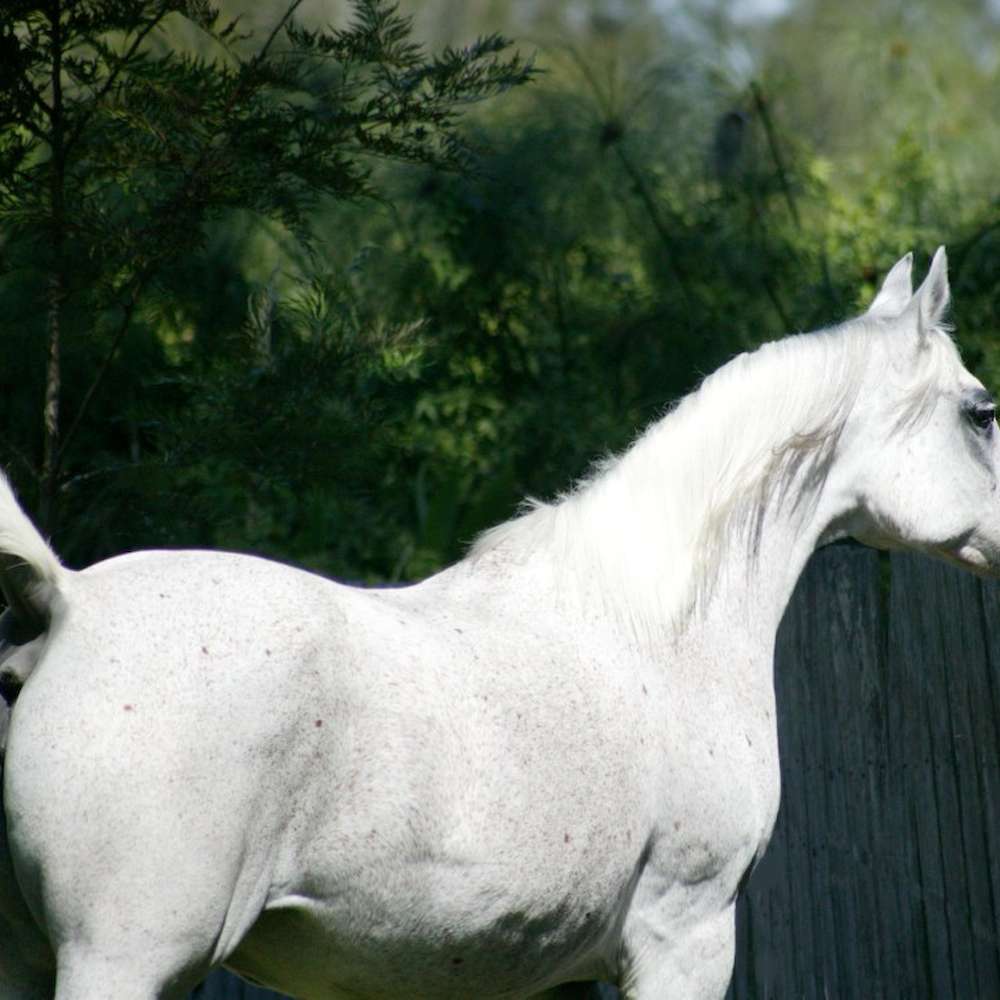 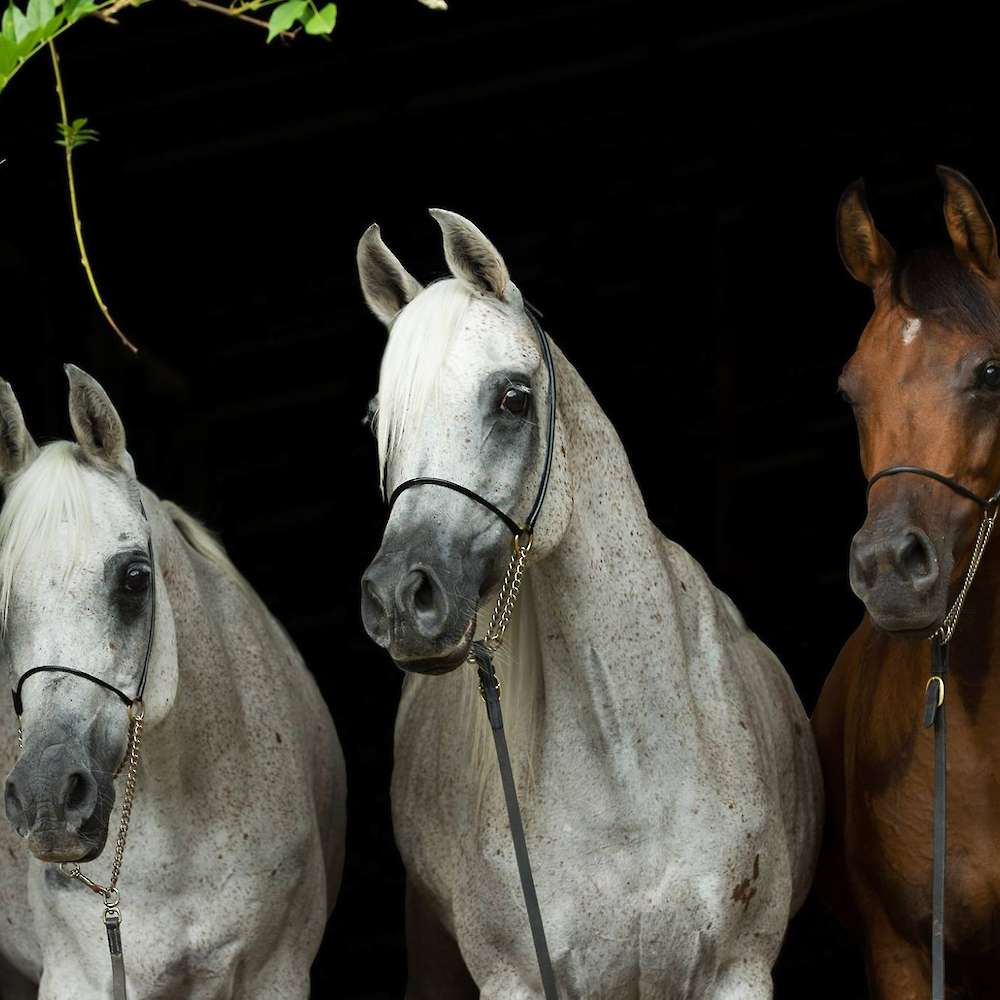 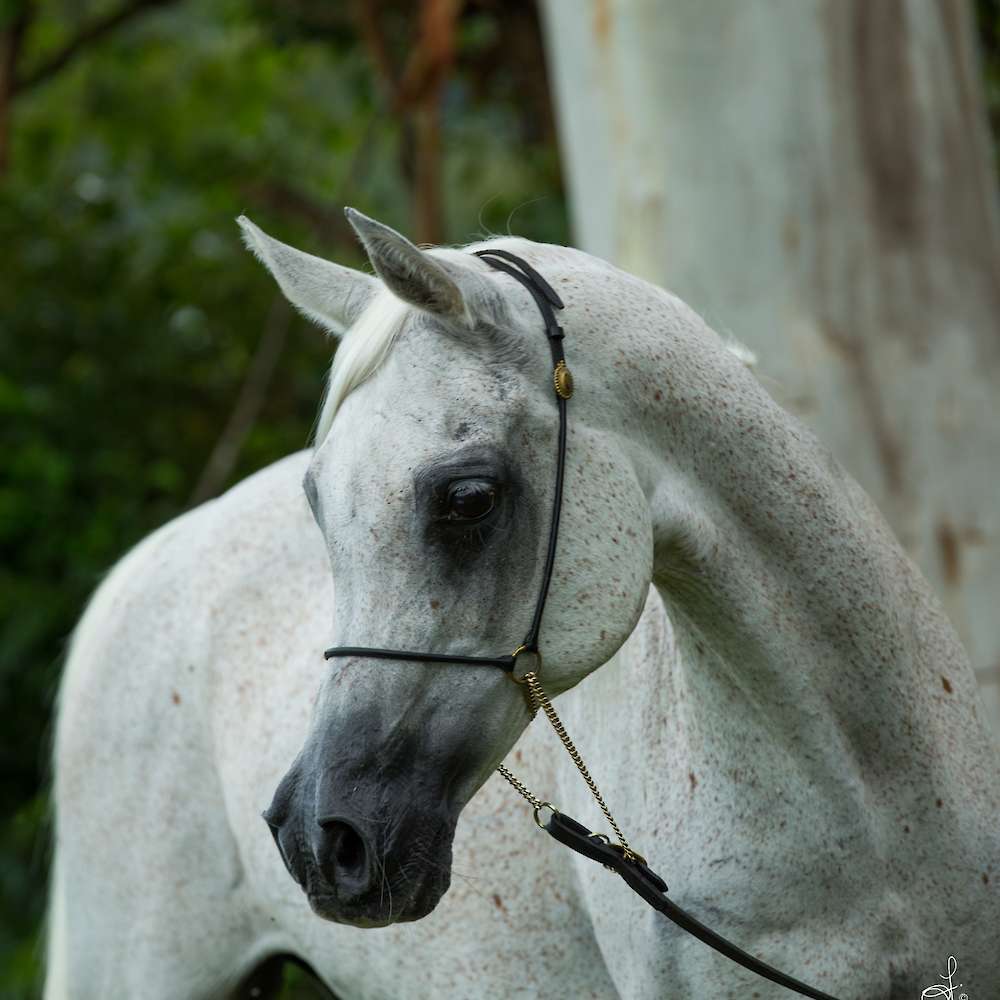 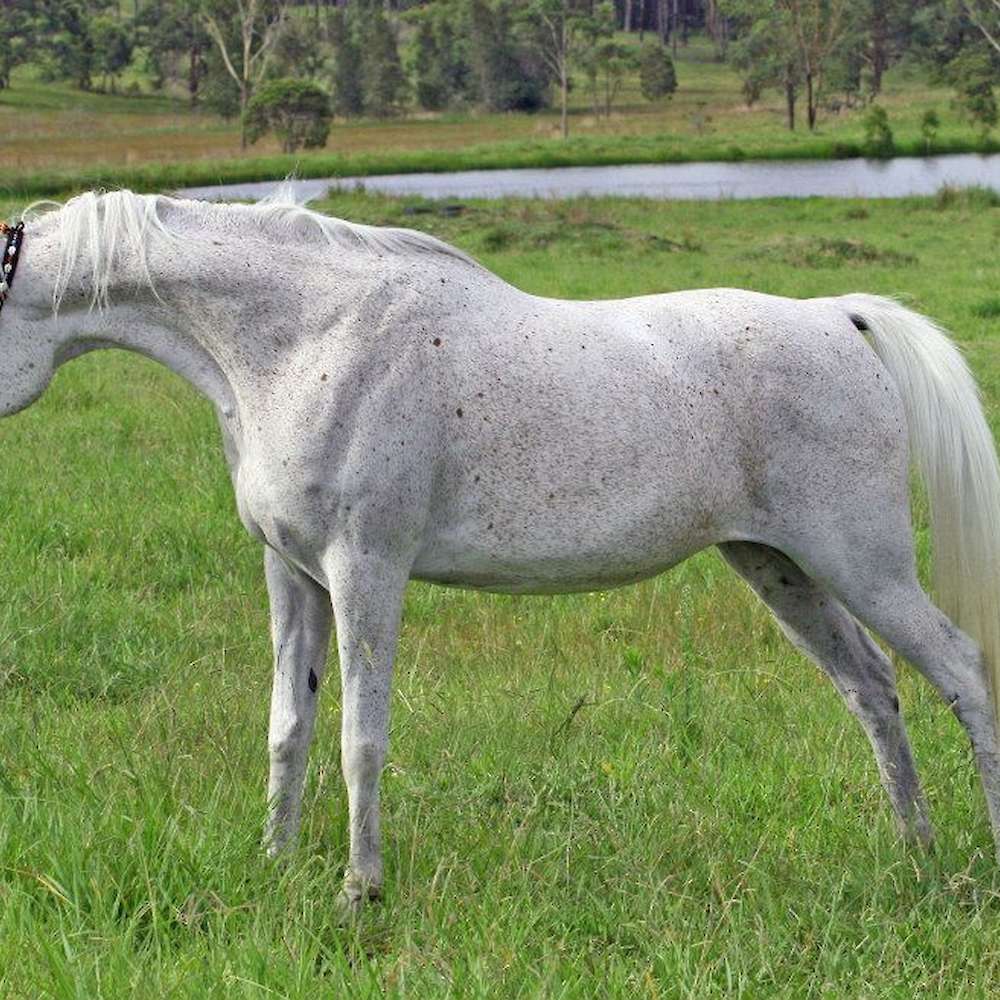 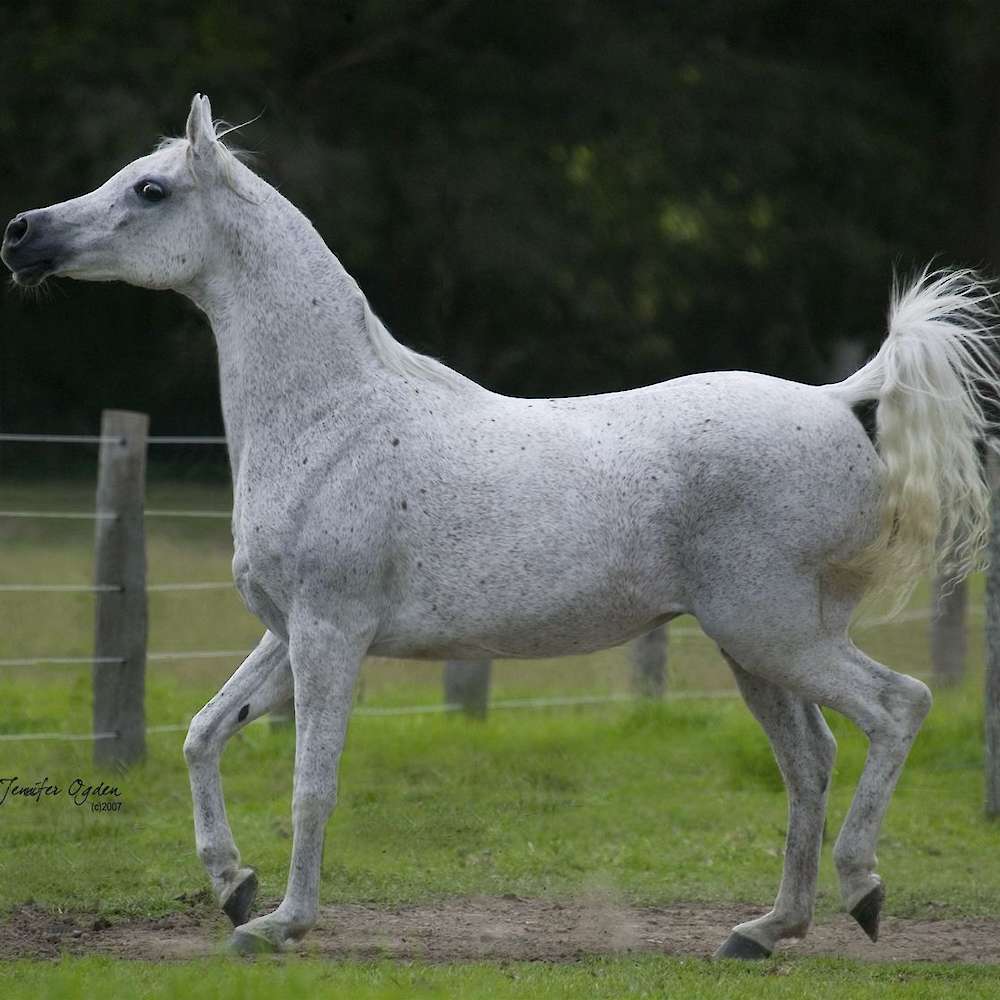 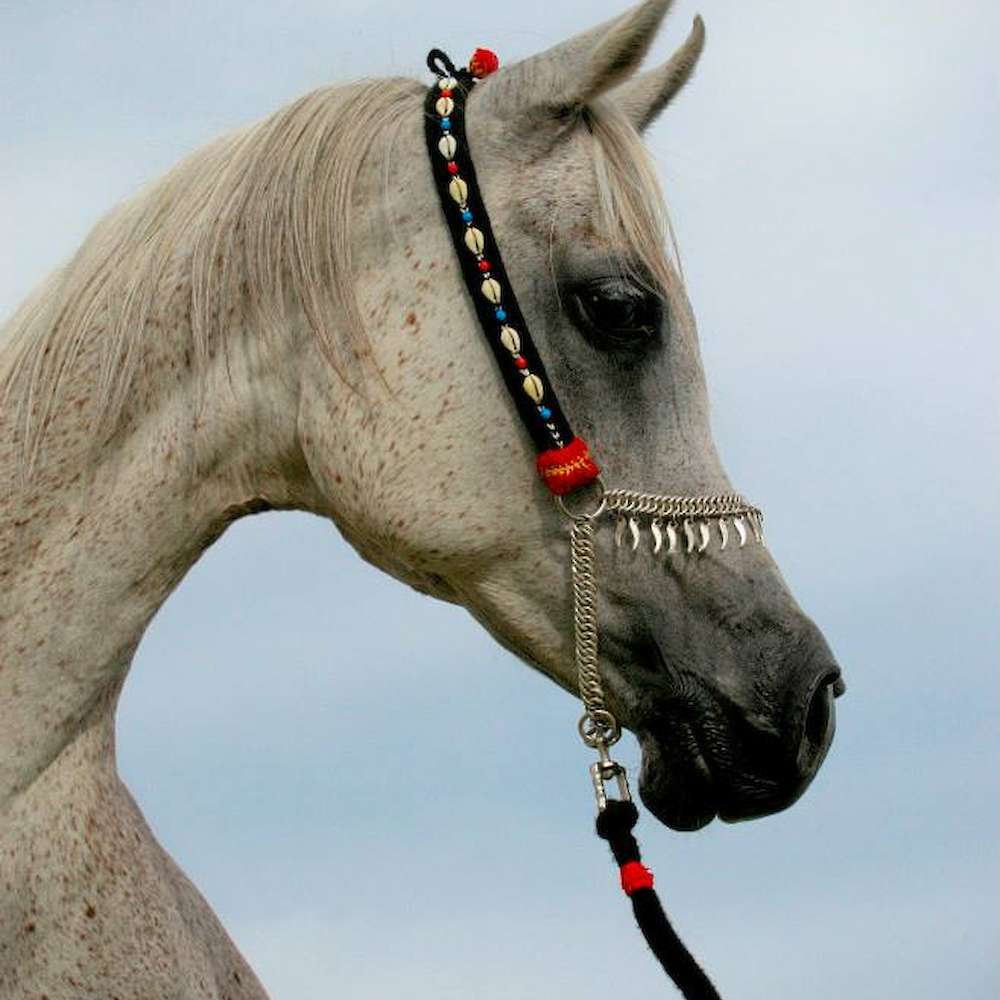 "A horse is the projection of peoples' dreams about themselves — strong, powerful, beautiful — and it has the capability of giving us escape from our mundane existence.” Pam Brown

It has been said that the essential joy of being with horses is that it brings us in contact with the rare elements of grace, beauty, spirit and freedom, and for me, Nefisa embodied this notion. I have seen some things so beautiful that it would bring a tear to my eye, but none as much as this horse.

Clifton Park Nefisa stands unequalled as the foundation mare for our purebred breeding program. Of them all, I loved her the most. To have a mare of this calibre...it was something I had previously never thought possible. Having been inspired as a child by Tanya Hawley's book Naadirah The Arabian Dream, which firmly put me on this Arabian path, I always knew that this was the bloodline I was going to perpetuate at my farm. However I had never contemplated how profound the effect of one mare from this family would have on my life.

Nefisa was bred by Clifton Park Stud, who were well known for the success they had garnered with the famous stallion Nile (Mustafa x Nara), and his progeny. Nile was the 1980 National Grand Champion Stallion, and one of his best known daughters was Australian National Champion Mare Clifton Park Nile Queen. Nile was known for producing beautiful progeny of extreme type and beauty, and he crossed well with a variety of different bloodlines to become one of Australia's all time leading sires.

Clifton Park Stud were lucky enough to acquire from Tanya Hawley the exquisite bay filly Nazelle, sired by Vision from Nazli. They showed Nazelle to Australian National Reserve Champion Mare, in a class of more than 50 other mares, amongst many other titles. At Clifton Park, Nazelle produced her only living daughter, Clifton Park Nefisa.

Nefisa was sold as a foal to Sabtah Arabians where she produced three beautiful progeny, the first of whom Sabtah Nahlah (by WN Dasjmir) would also eventually join our stud. Nefisa's sons born at Sabtah, Sabtah Nassor and Sabtah Nazir have produced outstanding stock themselves, all with the beautiful type inherited from their ancestors.

It was during a visit to Hawley Arabians, a visit where I was determined to purchase the mare Neshika (Neshan x Naazirah), where Tanya Hawley suggested that I look into purchasing a 'very beautiful Nazelle daughter named Nefisa' who was in Queensland. I returned home, made the call to Sabtah Arabians...and after several twists and turns, during which I did not receive a single photo of her, Nefisa was on her way to me. I still remember the moment I first laid eyes on her...it was like a dream.

Soon after her purchase, Jenni Ogden and Gloria Lanigan came to see her, and Jenni took some incredible photographs of Nefisa in the orange orchard next to my grandmothers house. It was this photography session that gave the world their first glimpse of Nefisa, and I have been receiving calls and emails about her ever since.

After her purchase, Nefisa bred two bay fillies for us, both of whom have been retained. The youngest of these Neytiri, foaled a beautiful bay filly named Naalirah (by Simeon Sahron) who went on to be the 2015 NSW National Champion Yearling Filly. Nefisa's last foal was the most like mother, and was sired by Windemere Imperial Nahdejni. We named her Bint Nefisa, and sadly she broke her leg as a foal.

We longed for more foals from Nefisa but was not be to be, and in 2018 she was peacefully laid to rest on our farm. We are so proud to have known her, and her blood will run throughout our herd for all of our days. I miss her terribly. 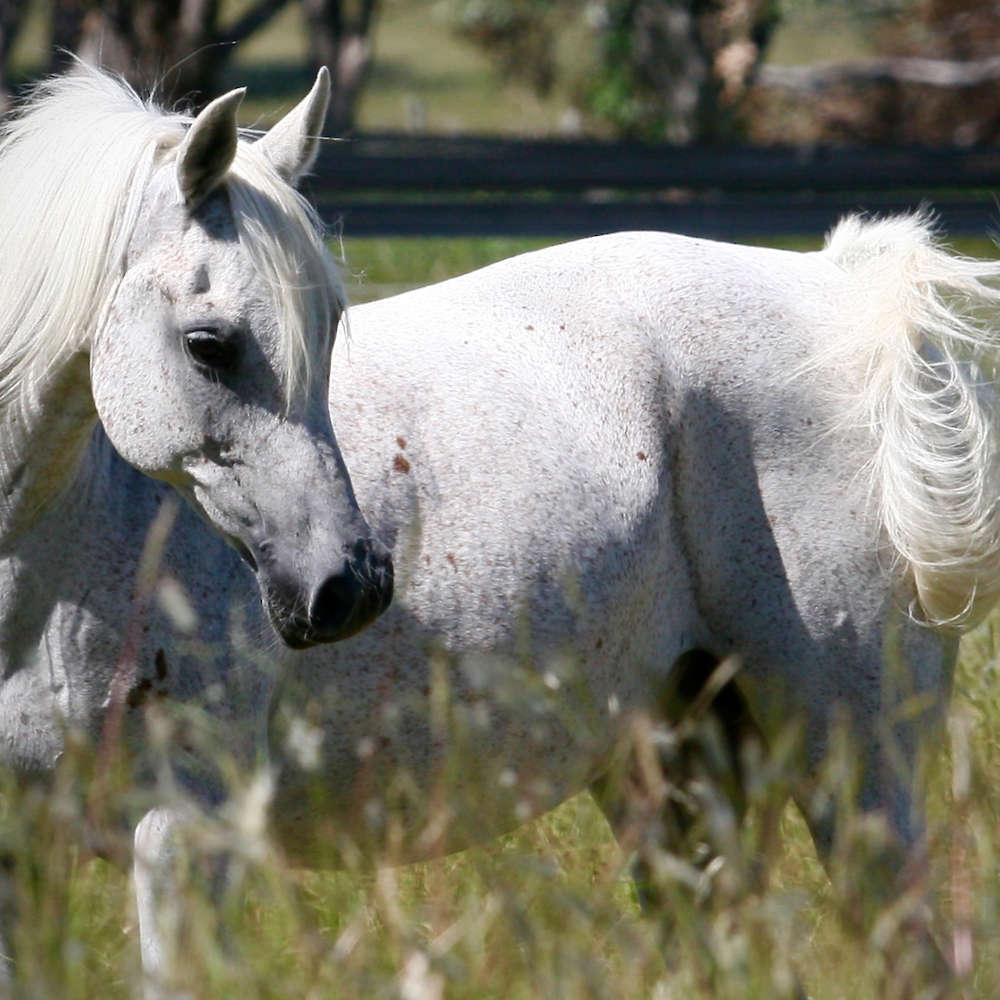 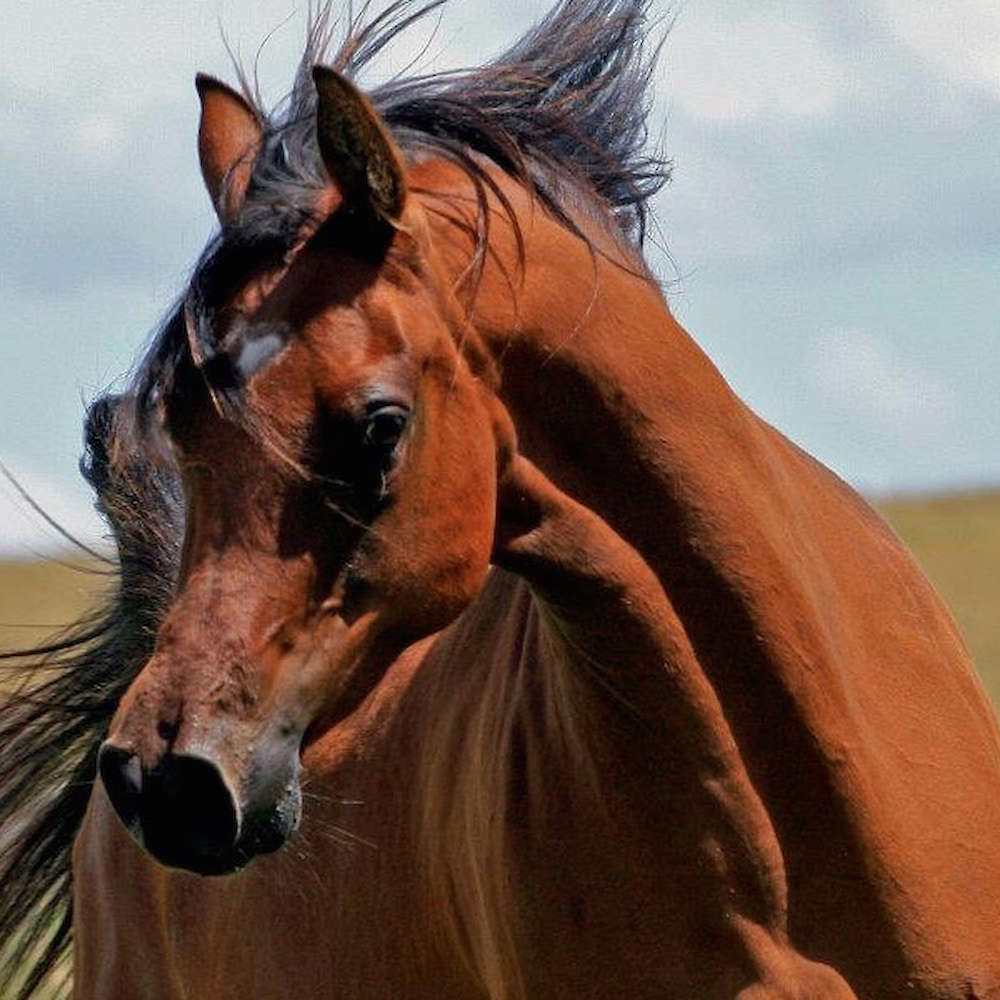 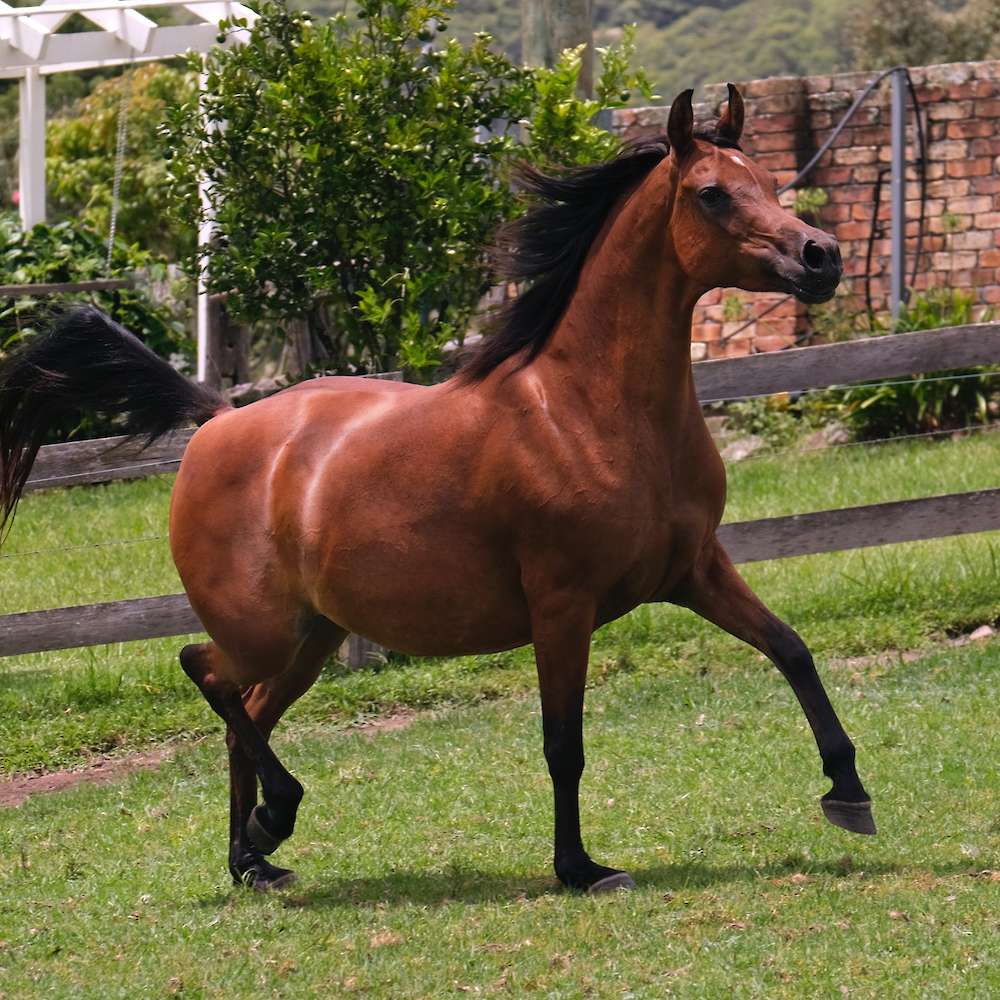 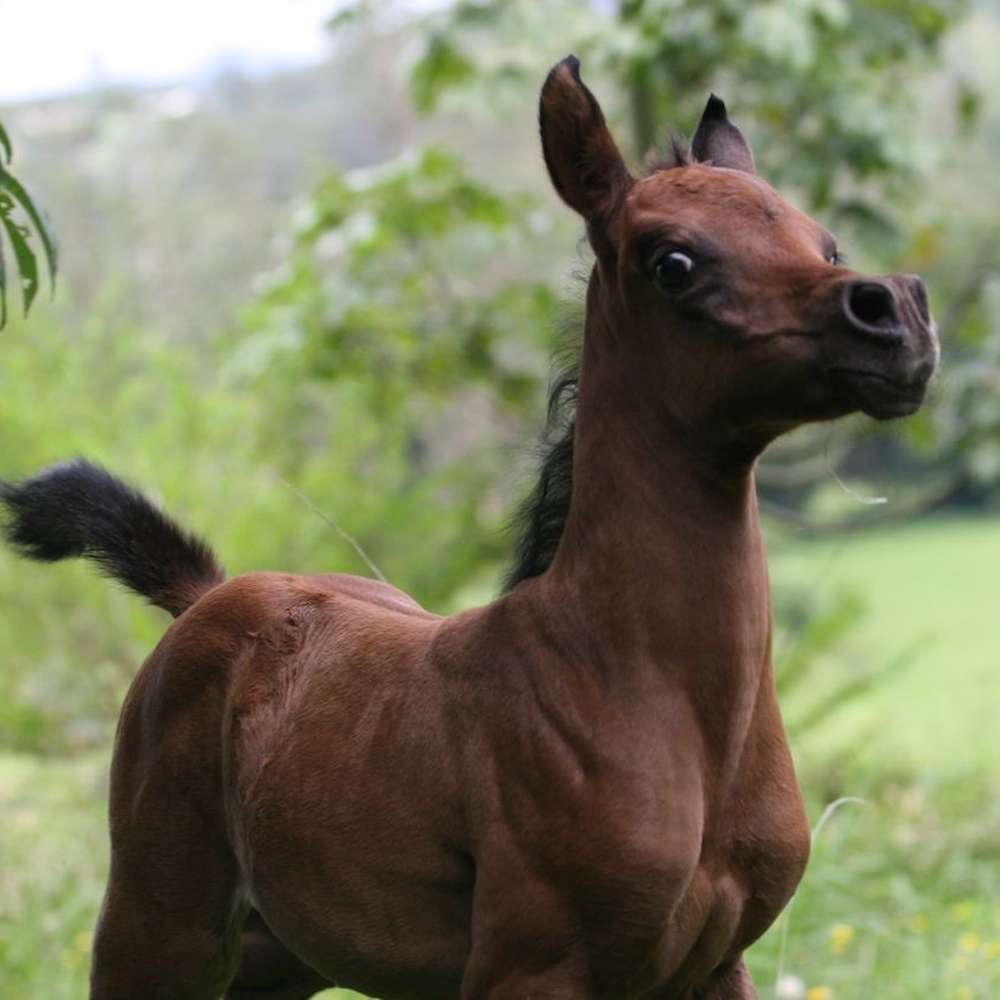 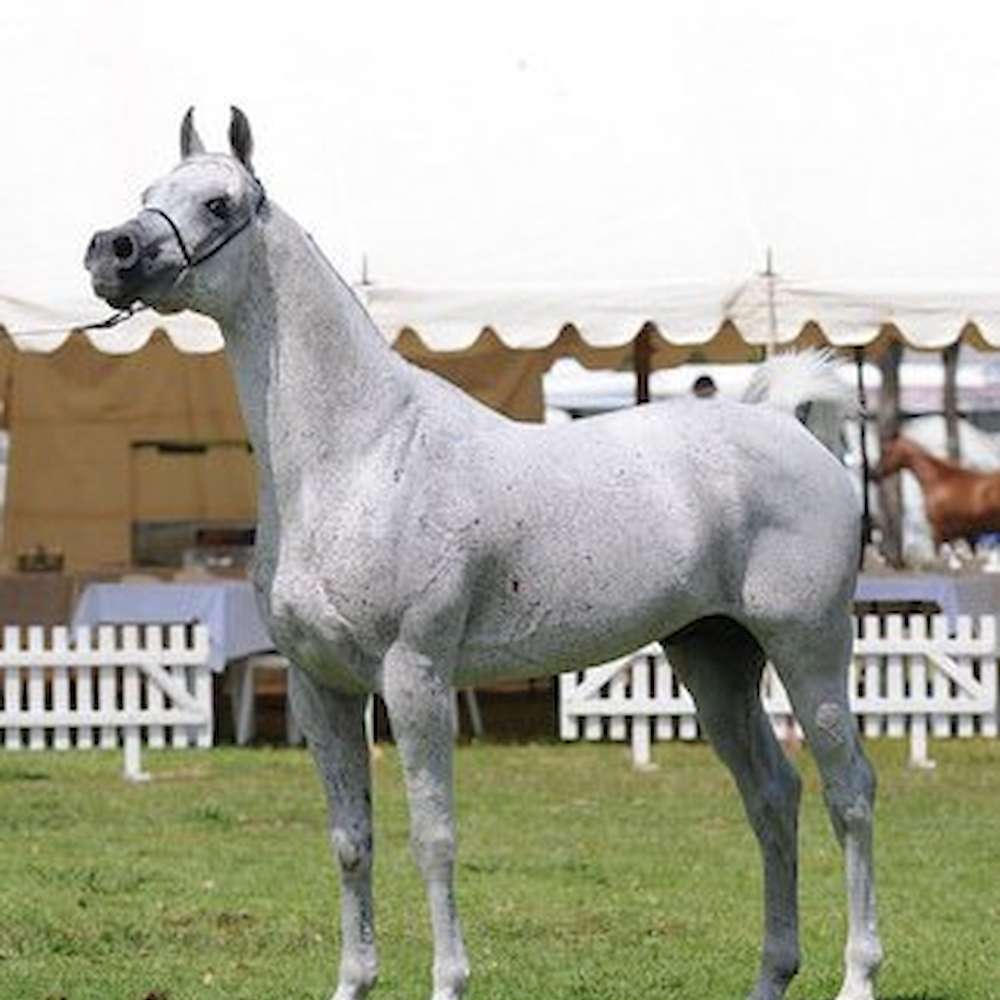