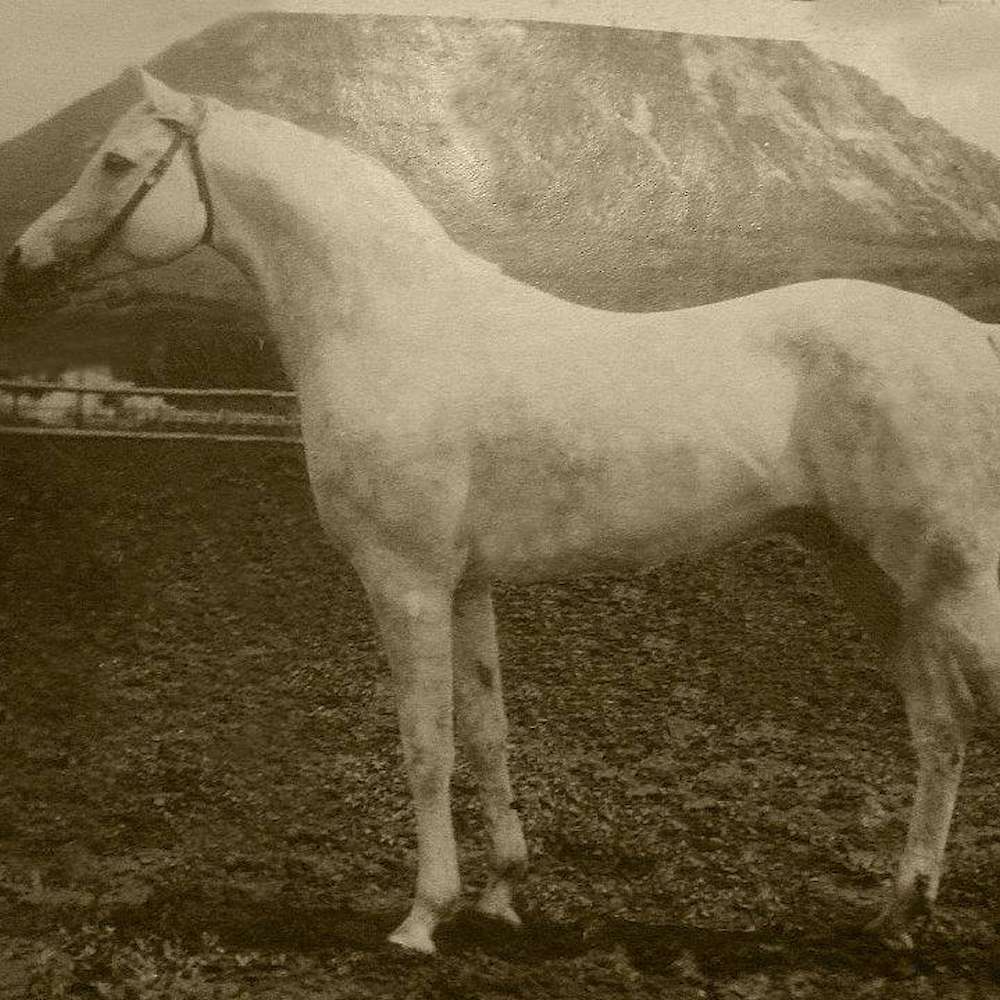 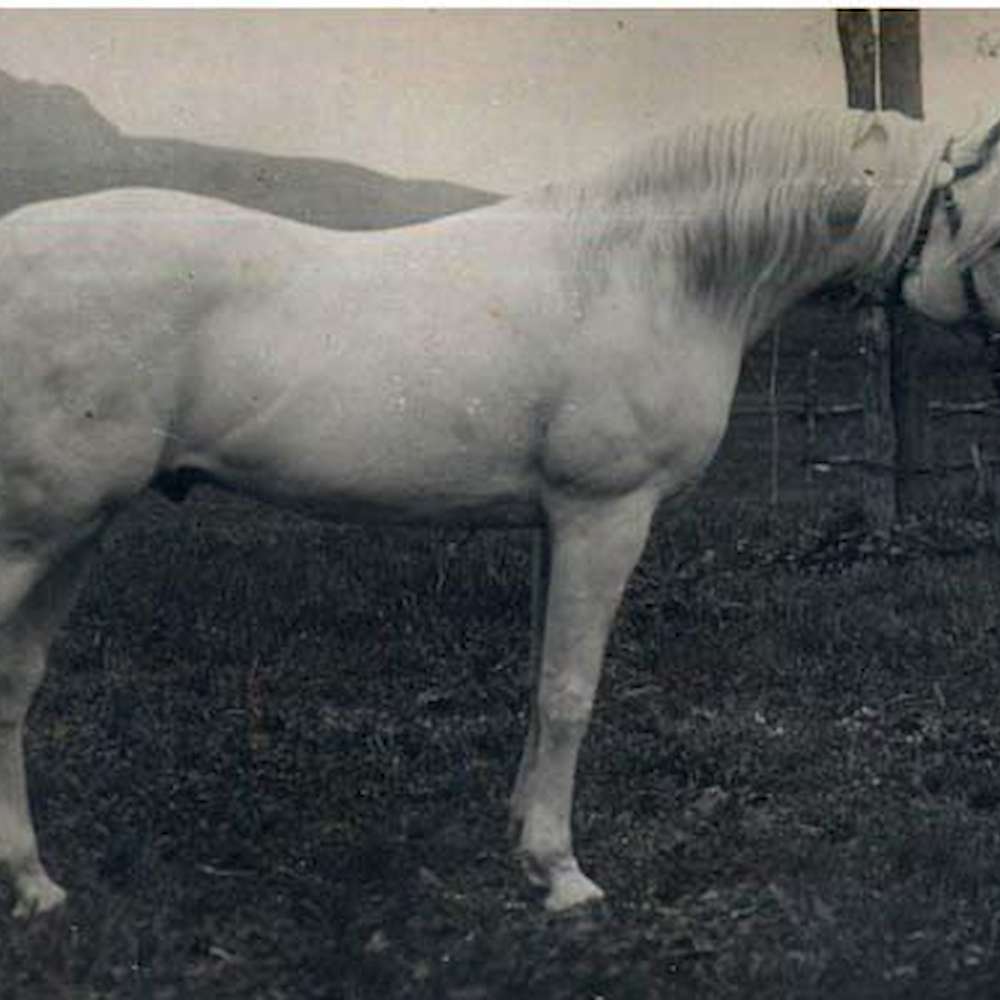 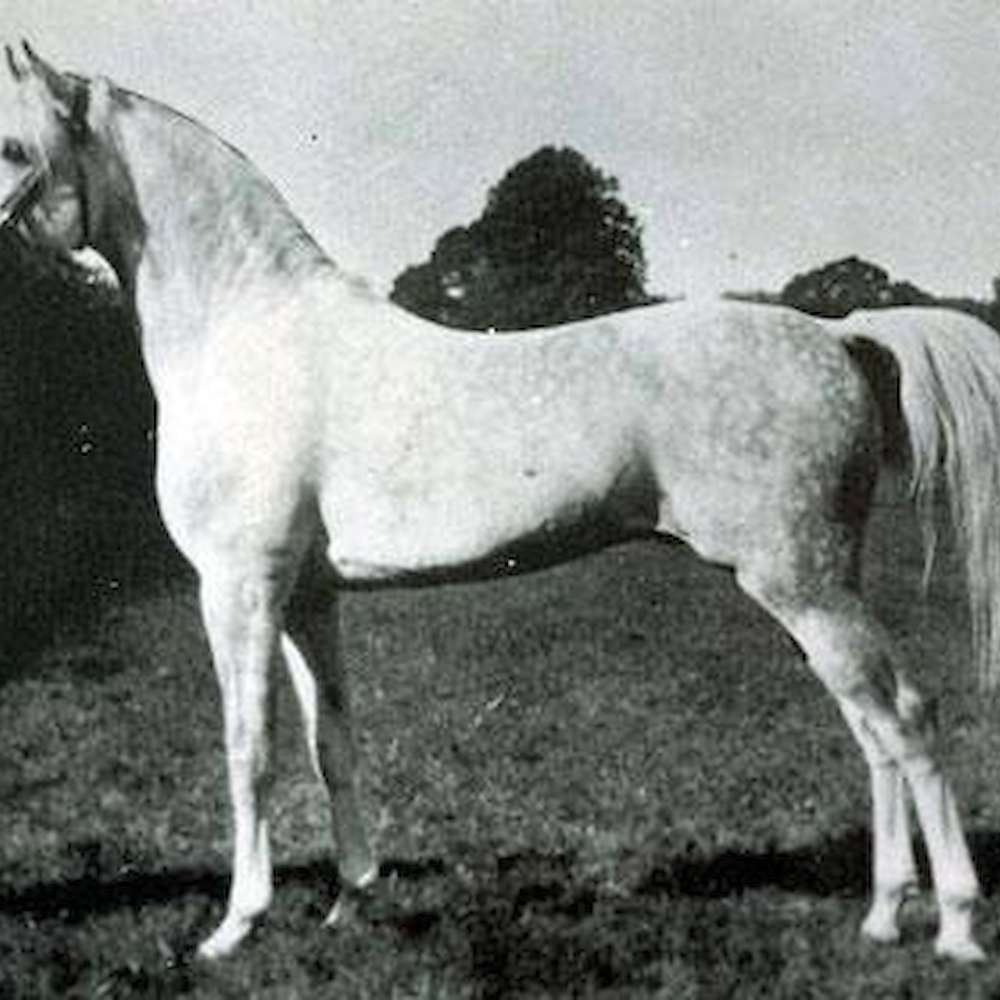 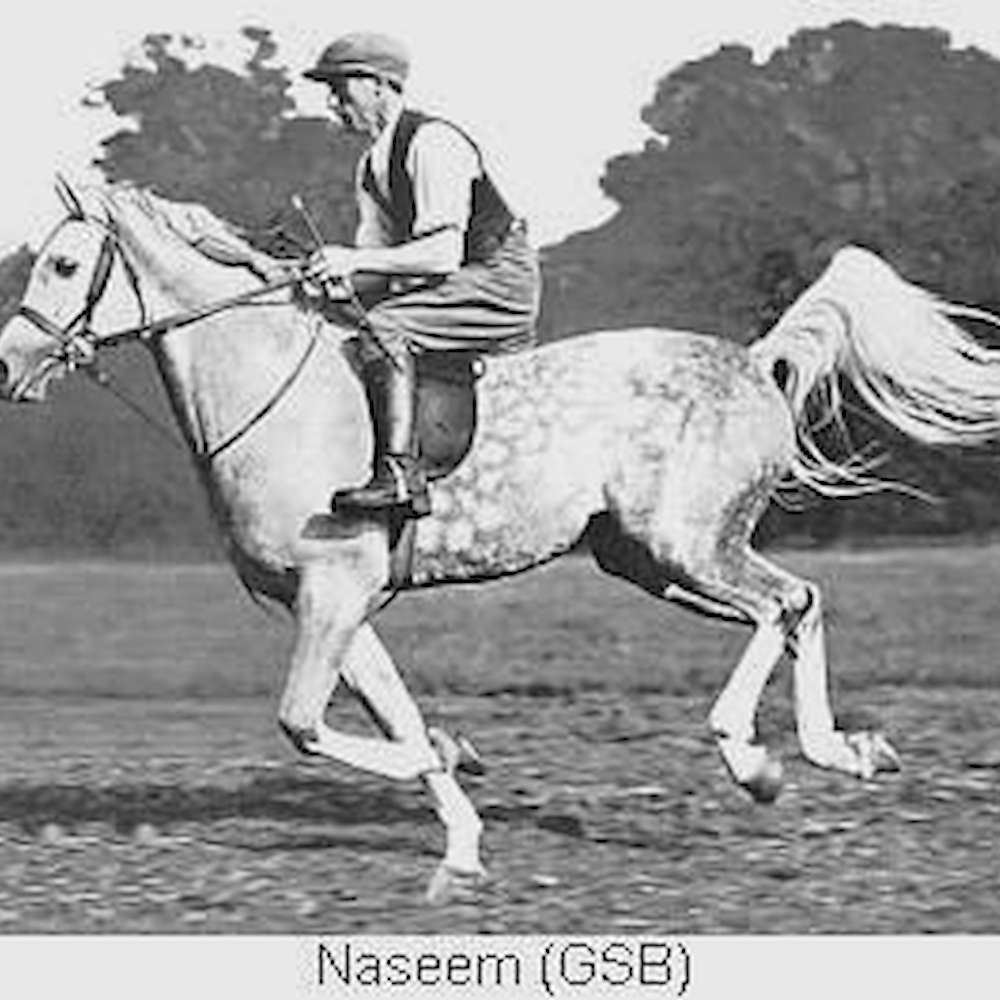 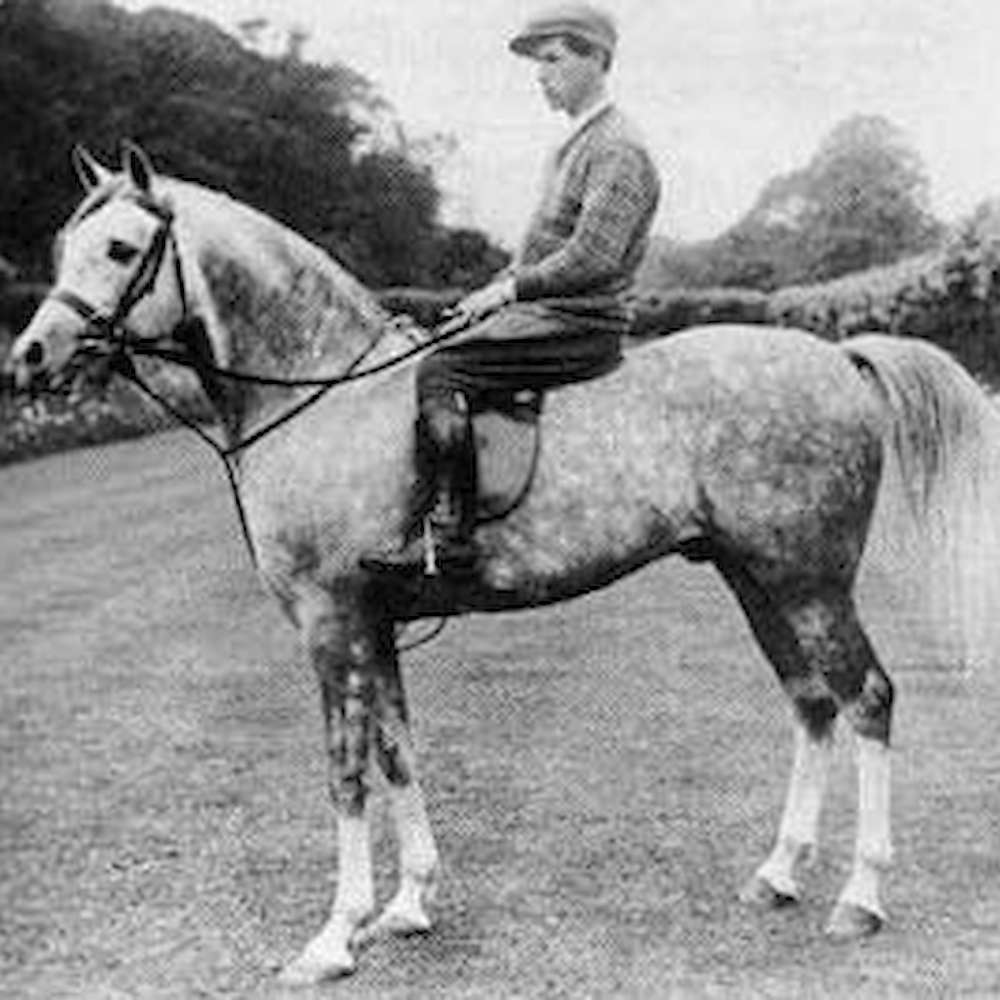 Born in 1922 and considered by his breeder Lady Wentworth as the very best son of the immortal Skowronek, NASEEM stood as chief sire at Crabbet Park in the stead of his sire for many years, breeding many of the Stud's finest mares. At age 14, he was the star of the 1936 Crabbet exportation to Russia, a move that would greatly expand his influence beyond that of the outstanding foals he sired in England. Amazingly, NASEEM would stand at stud at Tersk as the premier foundation stallion for another 17 years, siring 87 foals, 26 of whom were selected for breeding (6 sons and 20 daughters).

NASEEM proved a most prepotent sire with the foundation mares from French, Crabbet and especially Polish lineage. With startling consistency, the get of NASEEM were blessed with his superior type and elegant forehand, characterized by a small, beautifully refined and dished head with large, dark, expressive eyes and an incredibly long, superbly shaped neck with an extremely fine and supple throatlatch. Though on the small side at 147 cm, his build was nonetheless strong and solid, with dry desert constitution, an especially good shoulder and foreleg as well as excellent motion.

Like many of the other Arabians descended from Skowronek, NASEEM was blessed with youthful vitality and impressive longevity. Having lived through both the exportation to the East and the hardships of World War II, which included an evacuation of the Tersk Stud to Kazakhstan, NASEEM lived in excellent health until 1953, siring foals each year, until he finally found rest at the grand old age of 31. Text credit Tom Arabians. 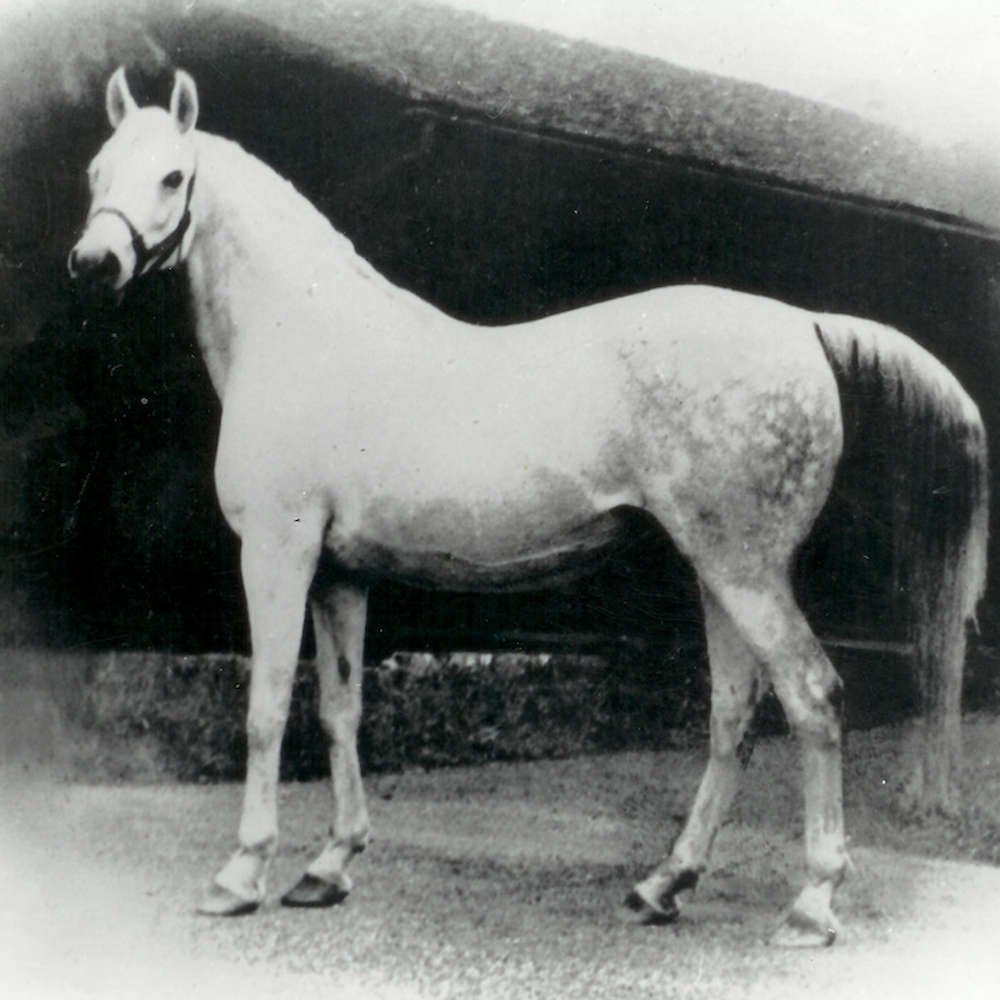 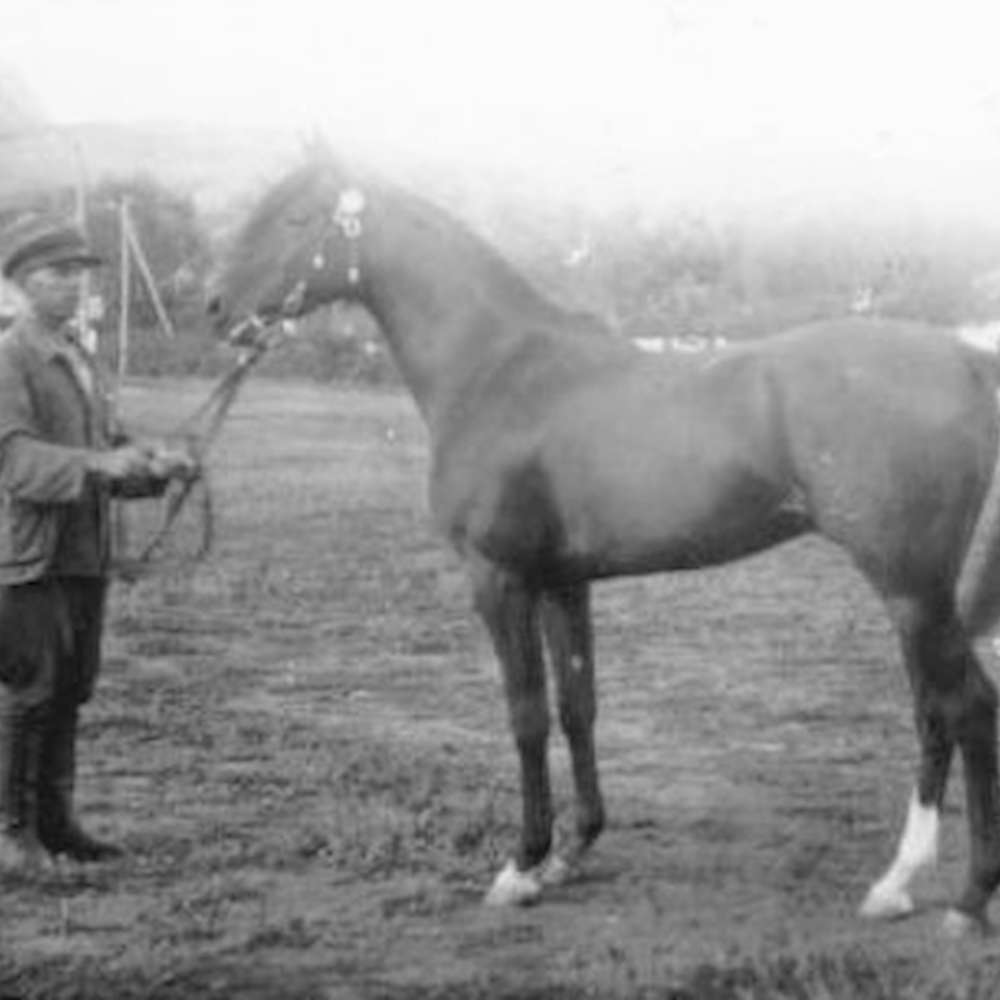